The Habitat project uses creative, practical solutions to address the climate and biodiversity crisis. Its aim is to achieve ecological green spaces in urban pockets of land across Surrey built and nurtured by local communities.

As an experimental pilot project, a built-up space at the University of Surrey was selected. Working with the University’s Horticultural and Landscape Manager and Archives and Special Collections Manager, the Surrey Wildlife Trust and four artists, the project set out to transform the area with planting and sculptures created specially to attract and support local wildlife. The artists worked collectively as well as independently researching local declining species and experimenting with designs and maquettes towards their final artworks.

The artists engaged 400 local people of all ages and abilities in the project. During creative workshops they learned how they can support wildlife and created their own sculptural habitats. They worked with pupils at the nearby Kings College secondary school, The Hive, Zero Carbon Guildford and with the Halow Project. We will monitor this pilot project to help inform the development of further spaces across the county.

Supporting species at the base of the food chain was the focus for artist Livia Spinolo. By increasing the population of slugs and snails this will attract birds such as the Song Thrush and Bull Finch. Her artwork ‘Vertical Undergrowth’ is a tower of repurposed concrete slabs planted with natural elements such as soil, moss, and native plants. Situated in a shady location, this feature will attract invertebrates whilst providing ledges for the birds.

Nearby to ‘Vertical Undergrowth’, lies a sculpture housing discarded branches. Over 50% of insects that rely on deadwood are threatened in Surrey. Creatures such as beetles, bees, butterflies, wasps, wood boring insects and in turn, their predators, are at risk. ‘Benjes Ark’ by Russell Jakubowski is able to be regularly restocked as the wood breaks down and in creating two ‘arks’ of different scales and locations, we are able to monitor the species attracted to different conditions. The Arks provide a hiding place and a micro-climate. Their densely packed enclosures also act as a refuge for reptiles such as toads, lizards and hedgehogs.

Artist Amy Haigh has created a ‘Reconfigured Cycle Rack’ that was no longer needed by the University. She cut this into 600 pieces and reassembled it to create a dome structure with a log pile at its centre. Amy’s research for the piece focused on slow worms and stag beetles as protected species present in the area. She found that decaying logs are fundamental for stag beetles as a food source and by planting them deep in the ground, the beetle larvae are able to migrate between the soil and wood. The shade helps to create damper conditions and therefore softer soil, required by stag beetles and other invertebrate species, some of which slow worms feed on. Amy embedded the lowest ring of pipes in the soil, forming tunnels in every direction creating safe terrain for slow worms.

‘HexB’ by Will Nash utilises his fascination with natural geometry and sequences to develop new sculptural ideas for solitary bee architecture using 3D printing, silicone moulding, and cast Jesmonite. Will invented a prototype system of nest holes that can be easily disassembled for the annual harvesting of the bee cocoons then cleaned for reuse. As a legacy to this project, Will plans to work with solitary bee enthusiasts to trial the HexB system alongside their other bee nests.

Through our evaluation of both the methodology and the sculptural habitats, we aim to engage specific communities in creating their own HABITAT eco spaces. Each of the public spaces created as part of this project will be monitored and maintained.

We are working with the Surrey Hills Society to fundraise for Part 2 of this project. We have applied to Your Fund Surrey, and you can agree or comment on our idea here: 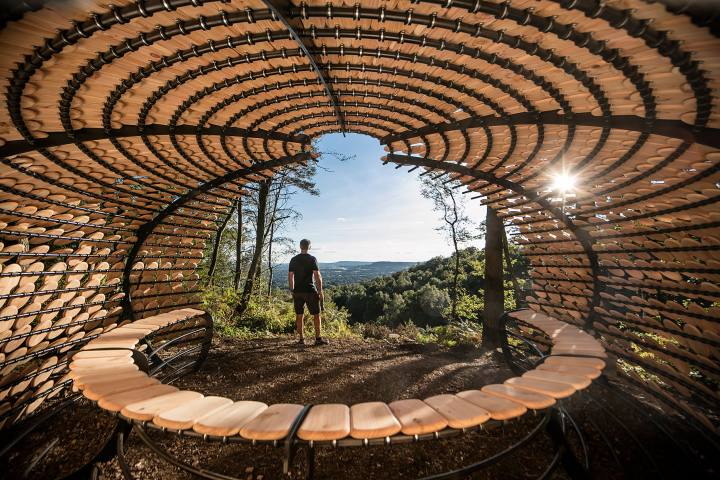 Soundtrack by Graham Dowdall to accompany the permanent work Converse. 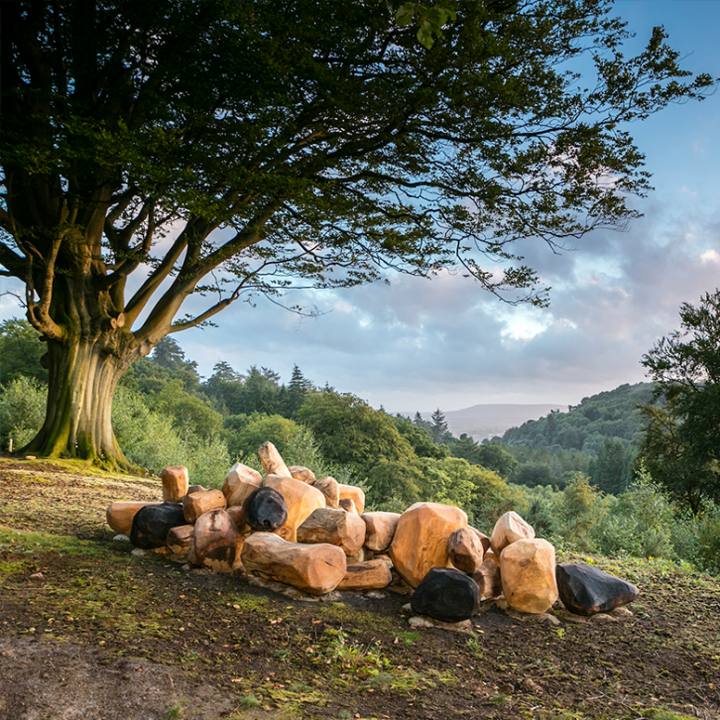 A film by Carla Knight capturing Perspectives by Giles Miller 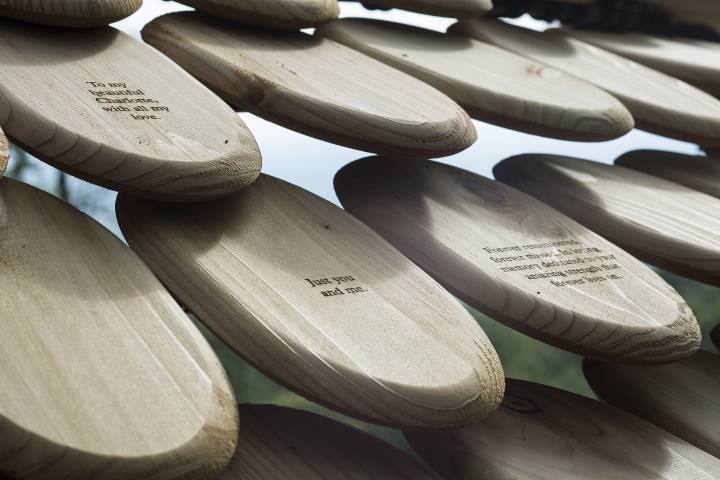 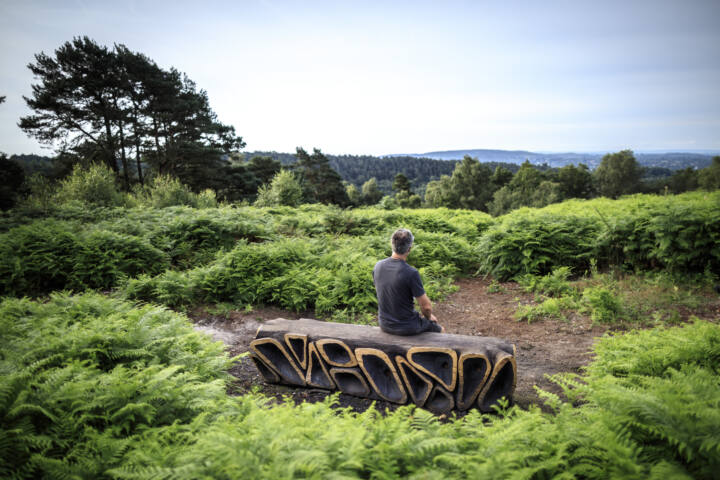